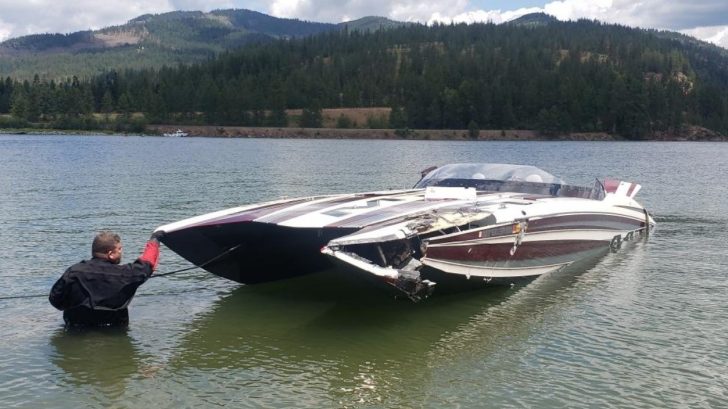 The Bonner County Sheriff’s Office located in Thama, Idaho released a public statement saying that one person is dead and three others have gone missing after a boat sank in the Pend Oreille River.

The Sheriff’s Office said in the statement that at approximately 7pm on Tuesday (June 28), they were notified that a high-performance speed boat capsized on the river.

The Marine Divison and Dive Team responded to that call and sent their team to the river where they were able to find the deceased body of one of the occupants.

“There are currently five Bonner Country vessels searching the area. There is also an Idaho Fish and Game vessel searching the shoreline. A Kootenai Country Sheriff’s Office Marine vessel, outfitted with sonar, is en route to assist. We have also requested additional resources from the State to assist in the search,” Bonner County Sheriff’s Office shared on Facebook.

The speedboat was found and pulled out to the river on Wednesday morning (June 29) and as of now, the names and ages of the missing people are not being released because authorities want to notify the families first.

The reason for the boat capsizing is currently under investigation and they work to locate the miss victims. Police say that some parts of the Pend Oreille River where the boat went down, it’s 94 feet deep, so it’s extremely hard to find them.

Bonner County Sheriff’s Office plans to release more information to the public as they investigate more and hopefully find the missing people.